When Ernie and Dave take the floor at your event, they will generate excitement and maximize the revenue raised for your event.

Ernie Rogers said, “We start to work as soon as we arrive and our entire goal for the night is to raise as much as we can for your organization.  I have personally done over 1,200 fundraising auctions since 1999 and together, Dave and I have done over 700 events.  Dave and I work very well as a team.  I know where Dave is on the floor and Dave knows where I am, he knows what I am asking for, where I want to be, and we never have to look at each other.”  Dave Henderson, the lead Floor Auctioneer for Blacktie Benefit Auctions said, “I can sense when someone is almost done, but has at least one or maybe even two more bids remaining.  I know when to back-off, and I know when to tell Ernie to move on and sell the item.  We’ve done events together for so long, we just seem to know exactly how to make the evening work out in the best manner for our client!” 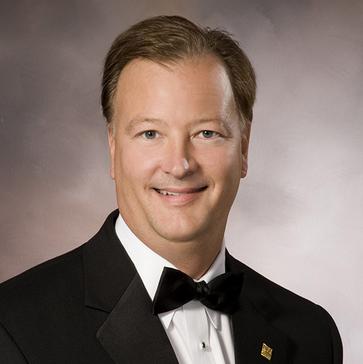 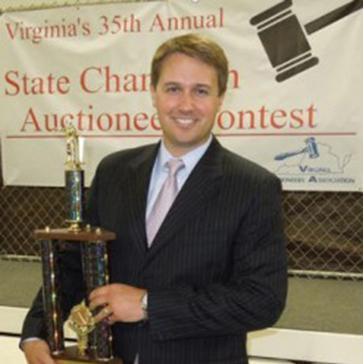 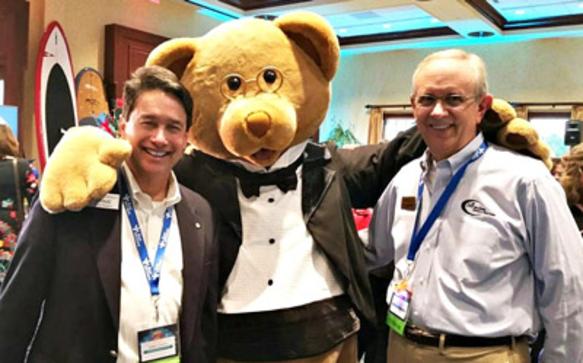 Brian Damewood is a 2008 graduate of Virginia Tech with a BS in Communications and a minor in Real Estate.  After spending several years working as a television news reporter, Brian Damewood picked up the auction gavel and is in charge of managing Tillett & Damewood’s online & print marketing. He also helps manage the partnership’s Wednesday Night Auctions and online sales.  In January 2012, Brian Damewood was named Auctioneer of the Year by the Virginia Auctioneers Association. He is also a member of the National Auctioneers Association. He graduated from World Wide College of Auctioneering in Mason City, Iowa. He’s now living in Purcellville with his wife Catherine and their two children.  Brian has worked with Blacktie Benefit Auctions since 2013.

Ernie is a past president and past member of the board for the Virginia Auctioneers Association (www.VAA.org).  In August of 2004, Ernie won the Virginia State Auctioneer Championship and is the 2004-2005 Virginia State Champion. Finally, Ernie personally conducts about 45-50  benefit and fundraising auctions each year for non-profit organizations throughout the Mid-Atlantic.

Bob Melvin started working with Blacktie Benefit Auctions in 2008 and has a passion for fundraising auctions! He is a graduate of James Madison University (BA in Business Administration) in Harrisonburg, VA. Upon college graduation, Bob applied his management and marketing skills in a fourteen year career that included two Fortune 500 companies. Bob is a graduate of the World Wide College of Auctioneering in Mason City, IA.  He has conducted auctions for Goodwill Industries since 1999, and also conducts weekly auctions for Fortune 500 Companies. He is a member of the National Auctioneers Association (www.Auctioneers.org) and the Virginia Auctioneers (www.VAA.org). Bob won the Virginia State Champion Auctioneer in 2007.   Bob has worked with Blacktie Benefit Auctions since 2006.

Ernie Rogers is the owner and lead auctioneer for Blacktie Benefit Auctions. He started the company in 2004 and helps non-profit organizations in Virginia, Maryland, North Carolina, Florida, and the District of Columbia maximize their revenue with their annual fundraising gala.

Ernie is also the owner of River City Auction and Realty (www.UCRiverCity.com), specializing in land, commercial, and residential real estate at auction and by private treaty.  He has considerable experience evaluating, inspecting and selling real estate at auction. Ernie holds the auctioneer designations of CAI, AARE, and CES. Ernie is a graduate of Arizona Western College and The Reppert School of Auctioneering in Auburn, Indiana. Ernie spent four years in the United States Marine Corps and ended up retiring as a Captain from the United States Air Force Reserves.  Ernie resides in Midlothian, Virginia with his wife of over 40 years and their two children, Jansen and Lexi.